We already love meeting and helping these guys out... here's a statement regarding their commemorative shirt for the upcoming season: 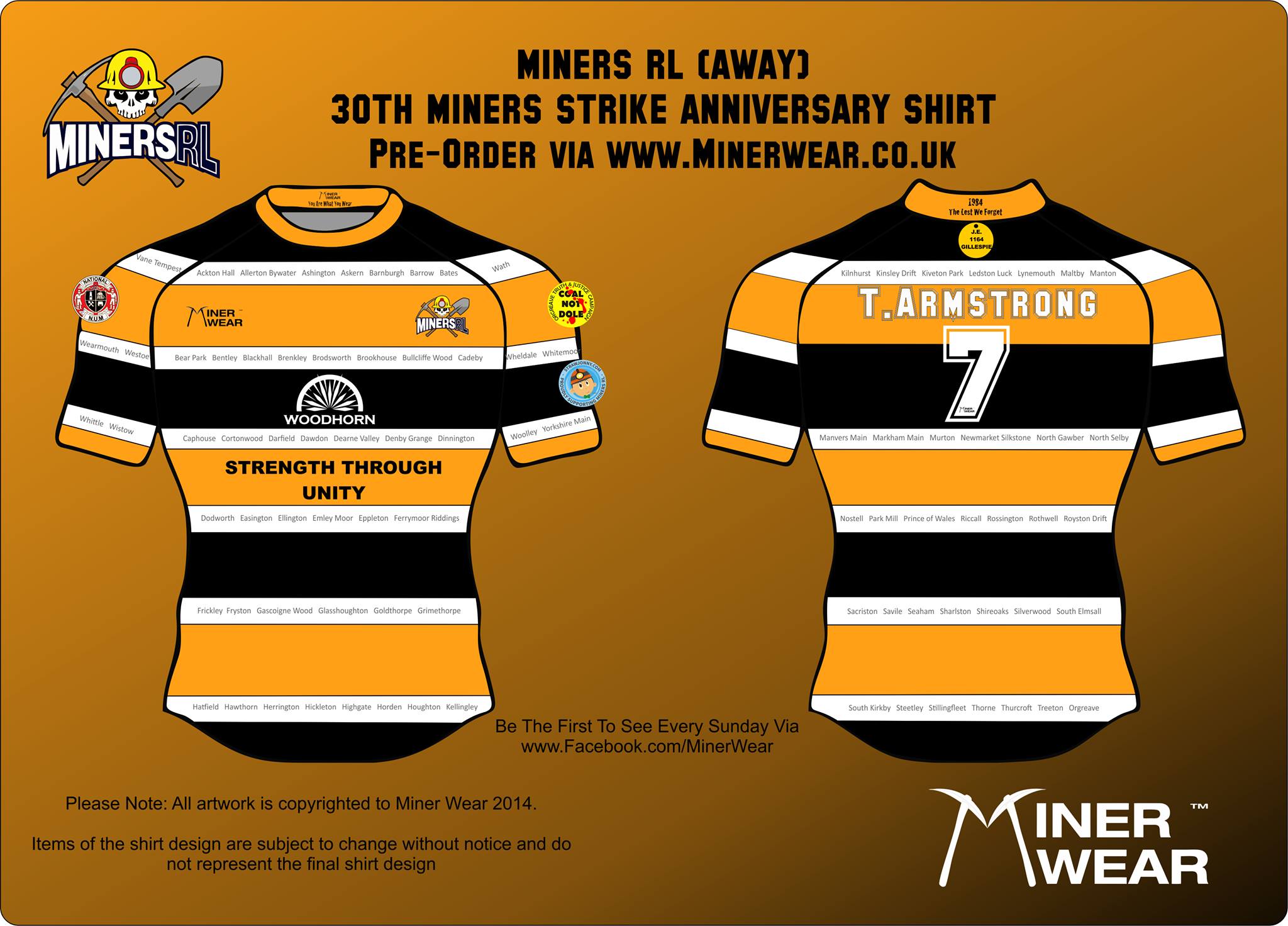 A statement released by the Miners RL's Chairman

To commemorate the 30th anniversary of the Miners' Strike the Miners Rugby League team based in Ashington Northumberland will produce a new kit to mark the occasion.

The design incorporates the names of 85 Collieries that were closed post 1984 in the Coalfield areas within Northumberland, Durham and Yorkshire as well as the iconic name of Orgreave.

The logos of the NUM and the Orgreave Truth and Justice Campaign are featured on the sleeves of the shirt as well as the logo of strawjonny.com who have assisted the design of the new shirts.

www.Woodhorn.co.uk are featured on the front of the shirt. It was at Woodhorn Colliery on the 13th August 1916 that an explosion ripped through the mine killing 13 miners. The names of the miners are remembered on the backs of the playing shirts numbered 1 through to 13.

The Designer, Graham Murdie whose Grandfather, John Edward Glliespie spent his working life of over 40 years in the industry is remembered with a symbolised tally token number 1164.

Strength through Unity is the motto that was emblazoned on the Miners Banner from Dudley Colliery in Northumberland.

Replicas of the shirts can be obtained from www.minerwear.co.uk and a donation will be made to Orgreave Truth and Justice Campaign for every shirt sold.