Andy Lynch is an experienced English Rugby League player who's career has seen him play hundreds of games for Castleford, Bradford and Hull FC. He was part of a famous and dominant Bradford side that saw him win countless awards for his performances including the 2006 World Club Challenge. He skills and abilities earned him call ups to the England and Great Britain squads.

Now Andy is back where he started. After having one of the best seasons with the Castleford Tigers, Andy has also been celebrating his Testimonial year which will see him take on his old club on the 11th of January. 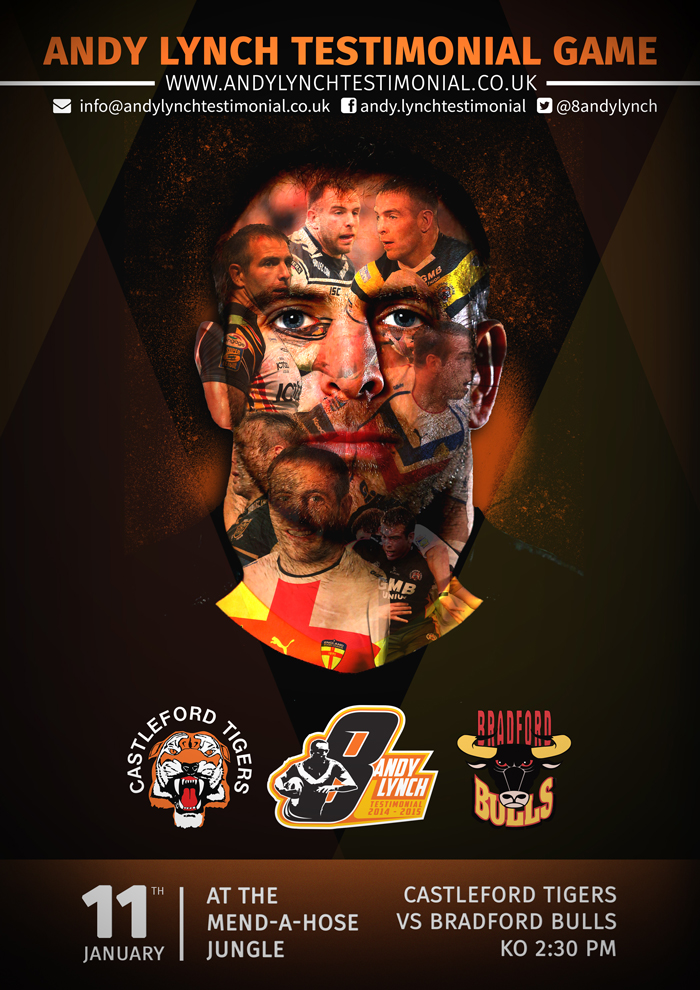 So when the opportunity arose to help produce material to promote his game... well for us it was a no brainer. We've been thrilled to produce a number of different graphics for various web platforms along with the main designs for his testimonial game.

Keep up the great work Andy !

Straw Jonny Ltd is registered in England and Wales with the company number 08551492. Based in Castleford, West Yorkshire, United Kingdom
© Straw Jonny Ltd. All rights reserved 2021.