In case you're new to us (Welcome! I'm Ash, pleased to meet you!), or you just haven't seen this yet, for the Castleford Tigers 2016 squad launch, the Tigers asked each of their players to have a photo taken with them doing a roar. Whilst some of the players were a little apprehensive about doing it. Most were good sports and the end result looked a little something like this. Credit here goes to the Photographer Allan McKenzie. Both for capturing these excellent images of the players, and the fast turn around. 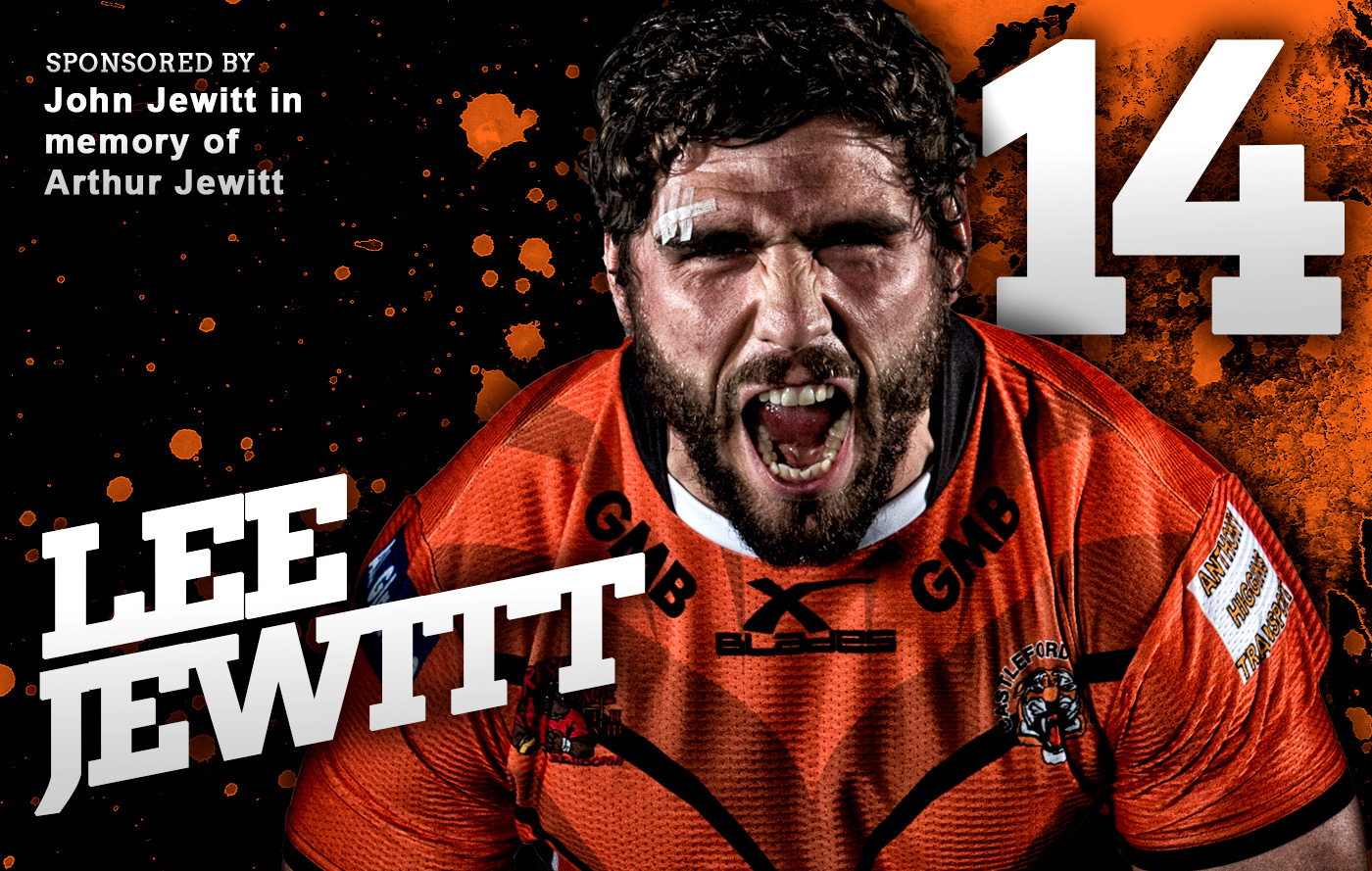 But we didn't stop there, seeing an opportunity, Lee created a collage of them all together which was used in the powerpoint presentation at the Tigers squad launch event. 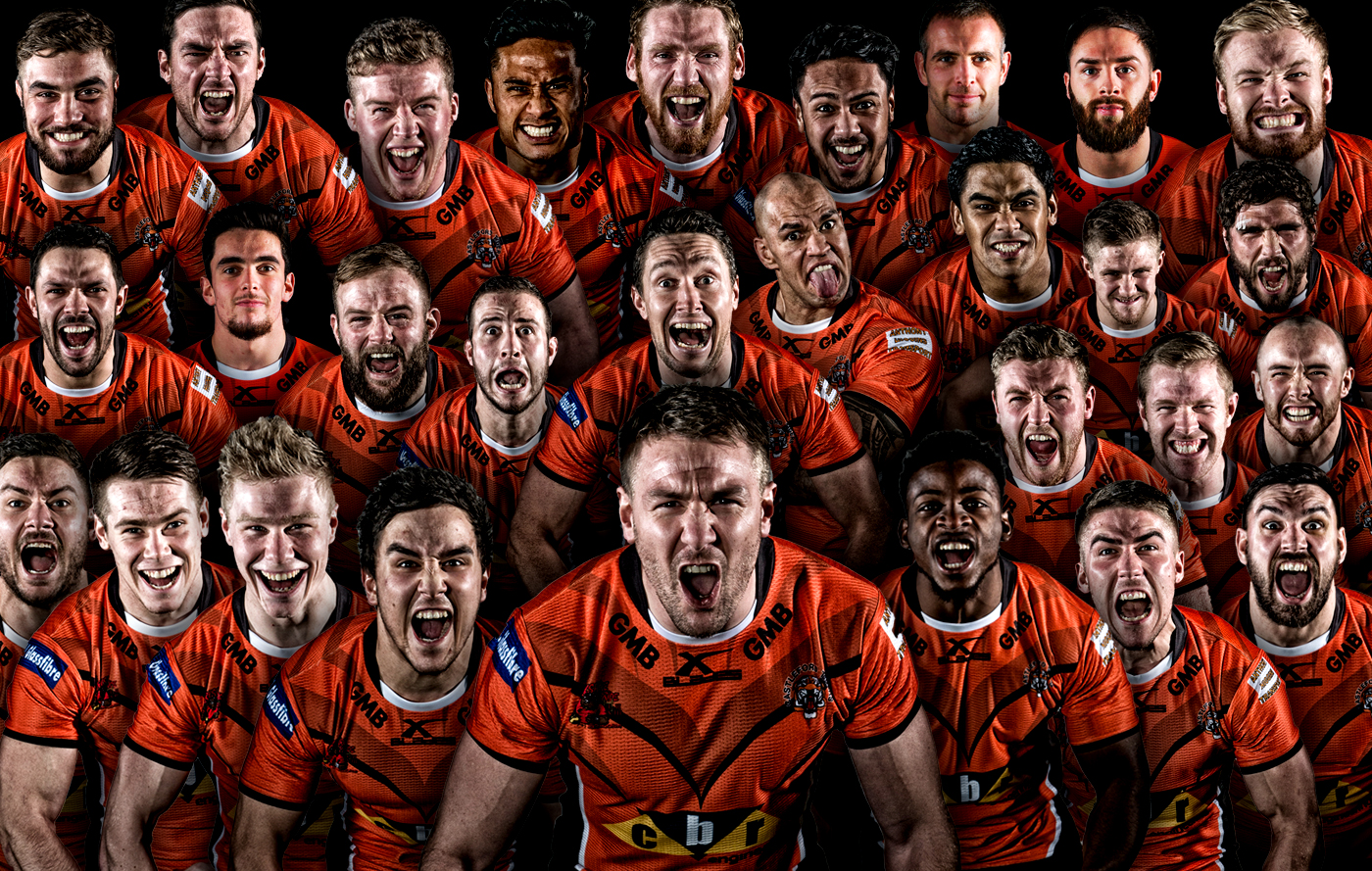 I was sat there at the event, watching people using their phones to take pictures of that image on the presentation. I knew right then we'd done something special. The feedback we got was amazing, with huge praise from fans and even some from the media! Like in this article: http://www.totalrl.com/castlefords-squad-release-sends-twitter-into-meltdown .

Taken from that article is this quote which I take great pride in:

That, of course, is impressive in itself. But what made Castleford's release so memorable were the outrageously funny player profile pictures with every reveal."

Between us though, no they didn't. In fact to be honest, the Cas media team were controlling the powerpoint presentation not the social media. In the build up to the event we added in a trial version of something we're doing for the Tigers website, to do live updates. In fact during the event, all we had to do was click each player to make them go live. This updated it on the Tigers site and also posted it automagically to Facebook and Twitter too. No one was in overdrive, because we'd spent time making life as easy as possible for all involved. In the end I just had to sit back and press on each player as I watched them have their squad number announced. 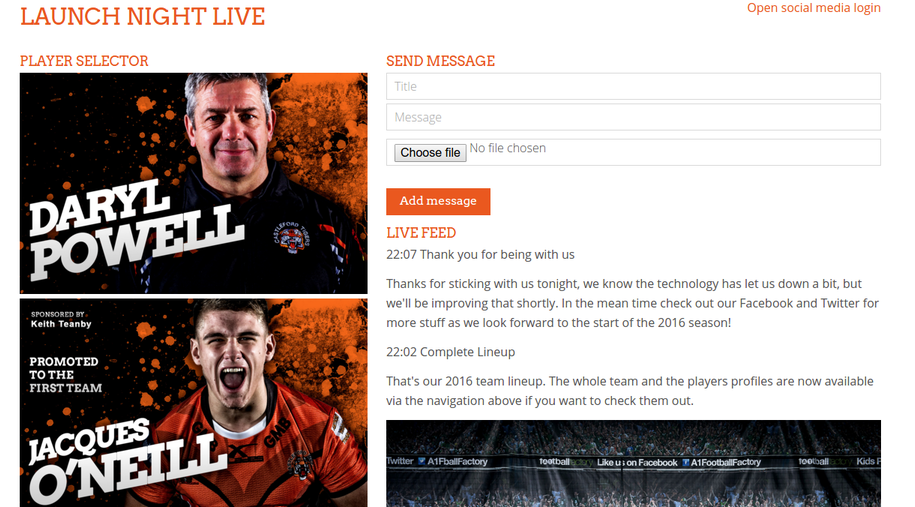 (Actually taken after the event but we wanted you to see how it worked.)

We showed how different parts of what we do could be combined for maximum effect. I think it was our greatest success to date, and I hope it shows the value that companies like ours can bring. No one asked Lee to make that collage and no one asked us to make that live update system. We just asked if we could run with them and do it. We combined amazing aesthetics with clever code, and the end result was something special for all involved.

Not least of all for us, but we're not stopping there. As I said earlier, that was only a trial for something much bigger that's in the pipeline. We're going to be bringing something I think truly fantastic to the Tigers site in the near future (like in the next couple of months). We never stop trying new things and trying to improve as individuals and as a business. So whilst I'm immensely proud of what we did, I am pretty sure it's nothing, compared to what we're going to do.